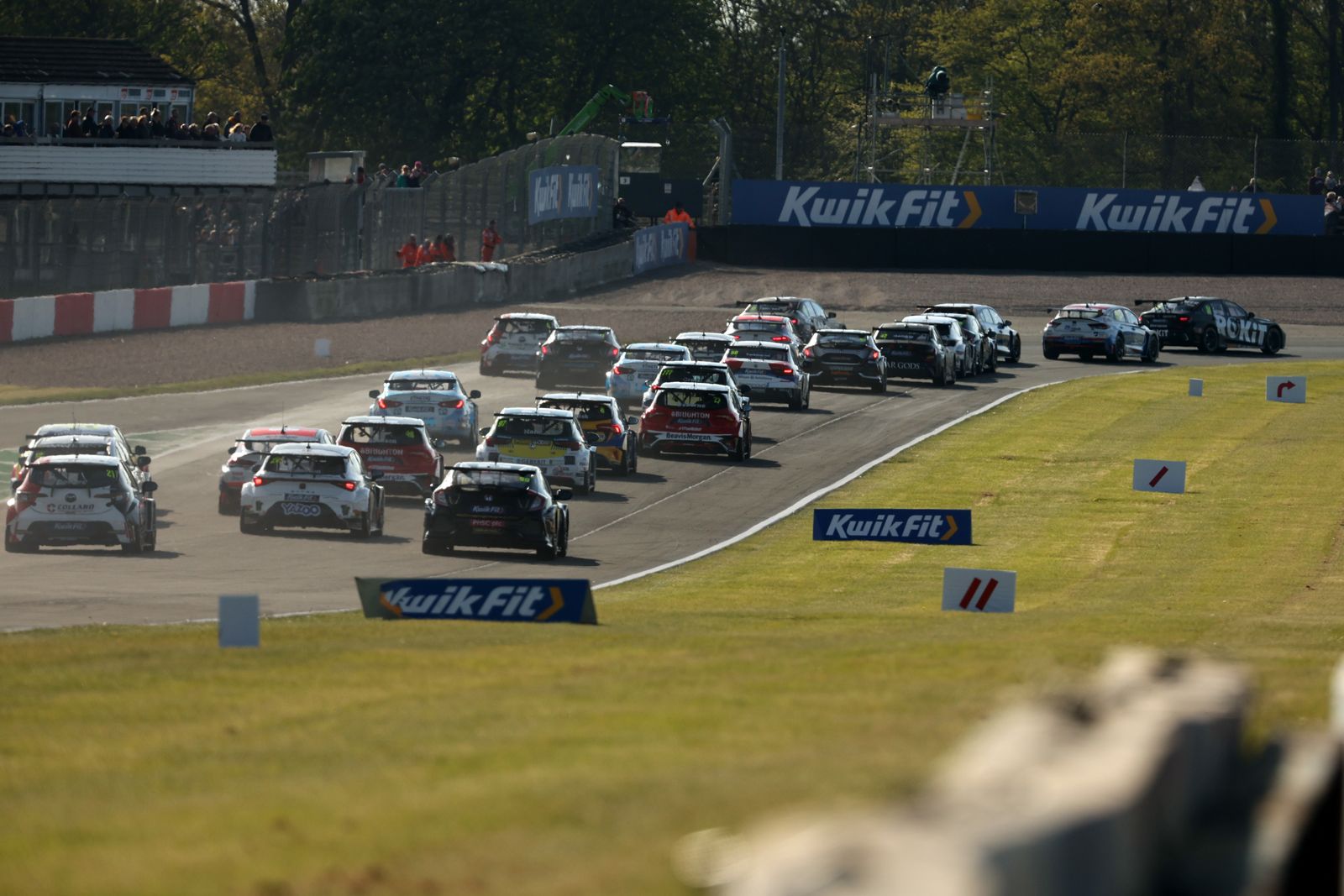 Stars have their say on the new era

The successful start to the Hybrid Era was showcased during the opening races of the 2022 Kwik Fit British Touring Car Championship at Donington Park recently (23/24 April), when the BTCC proudly became the first major touring car series in the world to integrate hybrid power into of all its race cars.

Ashley Sutton, NAPA Racing UK, said: “I really enjoyed using the hybrid throughout the opening weekend. It’s another element to think about during races which definitely adds more strategy into the mix, as well as another factor to consider during qualifying.

“It really is mega; I’m looking forward to seeing it add to the already super-competitive action on track throughout the year. We’re at the start of this new era and as we continue to learn more about it and refine our own tactics regarding deployment, it can only get better – bring it on!”

Josh Cook, Rich Energy BTC Racing, said: “This is the first major touring car series to have a hybrid system… it is a huge credit to the championship, and it really adds another dimension.

“Deploying hybrid as a means of defence for weak areas or for attacking in areas you can see where you are strong has really added something extra to driving a British Touring Car.

“It has been a really successful weekend for the Championship and everyone can be really proud.”

Matt James, Motorsport News, said: “The amount of extra oomph the electrical power gives a driver – said to be worth up to 15 metres per lap – was perfect. It still made overtaking tough and the action in the BTCC, which has always been its biggest pulling power, was in no way diminished. If the evidence of the three races last weekend is anything to go by, it will be a great season.”

Tom Ingram, Bristol Street Motors with EXCELR8 TradePriceCars.com, said: “That was one of the most enjoyable weekends I’ve had in the BTCC! From a driver’s point of view, the races had more of a dynamic in terms of thinking about hybrid – there’s a lot going on and a definite level up from a strategic perspective, which was really fantastic. To have something that is driver-controlled and can make an instant difference has been brilliant, it definitely requires a more calculated approach and has added an awesome new dynamic to driving.”

George Gamble, Car Gods with Ciceley Motorsport, said: “It was a great weekend and I really enjoyed using the hybrid too. Obviously, I may have a slightly different perspective as I never drove in the series before hybrid, but for me it’s a great initiative. It may be a bit of a leveller for a rookie as everyone has got to get used to it, but even so I just really enjoyed the tactical side of it and of course it sends out the right messaging too.”

Tim Harvey, ITV Commentator, said: “I thought it was really good, genuinely. I had my doubts, but the reality is the cars were faster overall, and we’re only two events away from when they last raced at Donington.

“It seemed like the drivers worked out quickly where to use it for an optimum lap for qualifying, but then it all changed in the races in terms of you use it in specific targeted points to overtake or put pressure on people.

“For example, you might do a large burst out of the Old Hairpin where you’d do only a couple of seconds in qualifying. It definitely worked, and it made the racing interesting.”

Gordon Shedden, Halfords Racing with Cataclean, said: “It’s been a great start to this new chapter for the championship and of course it’s brilliant to get the first hybrid win for Halfords Racing with Cataclean. This is the first time that everyone’s had a different level of hybrid available to them and I’ve found it a really interesting addition to not only be managing what I want to do but also thinking about what my rivals are doing too. It’s definitely elevated the more strategic side to racing which has been really entertaining as a driver and for fans watching along too.”

Colin Turkington, Team BMW, said: “Donington was a big step into the unknown and with no other series to learn from, I was slightly anxious if I would get the deployment of hybrid right. Testing is one thing, racing is another! I was definitely outside my comfort zone initially with so much to think about, but the extra strategy element was really cool.

"Deploying hybrid was like an extra weapon I had to bring to the battle. I used it successfully to attack and defend and, having found myself at the very back in race two, I was able to charge my way back up to P14. I’d say I got it right about 70% of the time during the races, but at this stage it’s about learning as we go and I know I’ll be more savvy with it next time. I’m sure deploying will become more subconscious with time and I’ll develop how to use it in a more natural way, but for now it’s been a really exciting addition to the championship. I’m glad I’ve got to experience it.”

Daniel Lloyd, Bristol Street Motors with EXCELR8 TradePriceCars.com, said: "The hybrid system definitely requires a different approach to the racing, with an increased reliance on the tactical side. I really noticed that in the final race when I didn’t have as many laps of hybrid power available and there was more pressure to make sure I was using them in the most efficient way. But we’re learning all the time. It’s something that you’ve got to really understand strategically in order to get the most out of it, and of course after one event there is still room for improvement. But with this as a starting point, I’m excited about what’s to come."

Rory Butcher, Toyota GAZOO Racing UK, said: “The hybrid element was fun and definitely gives us more to think about, requiring a little bit of strategy with regard to when and where is best to deploy it in order to make the most of it. It was a lot of fun – one of the most enjoyable weekends – and looking ahead to the rest of the season, as we become more attuned to it and the varying levels come into play I think it’ll really add a new dimension to the racing.”

Jake Hill, ROKiT MB Motorsport, said: “I’m really enjoying finding the right approach to the hybrid system. It’s great and gives us more lap time. It’s all about using it in places where it worked best and would give the most benefit which, for the first race weekend using it, I think I got the hang of! It worked well for us and we got the result with that race three win, so you can definitely use it to your advantage.”

Adam Morgan, Car Gods with Ciceley Motorsport, said: “The addition of hybrid power definitely added to the excitement and adrenaline of the races. It’s good how you can save it up and then use it to get alongside people, honing that strategic aspect will be key in the coming events. It will be interesting to see how it works in the next races too as people acclimatise to it, and to see the effect of those at the front having fewer laps to use it.”

Alan Gow, BTCC Chief Executive, said: “I think we can all be extremely proud of the opening weekend of the season and the introduction of hybrid energy in the BTCC. It has been an herculean effort since announcing the project back in 2019 and everything that the world has thrown at us since has dramatically added to the challenge.

“What we saw at Donington Park was nothing short of phenomenal. The racing was fantastic, and the drivers have unanimously confirmed that hybrid has added to and improved the overall dynamic. There will be lots of hard work ahead of course, but I have no doubt the introduction of hybrid energy in the BTCC will be a huge success.” 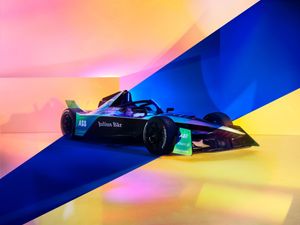 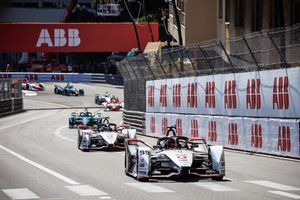