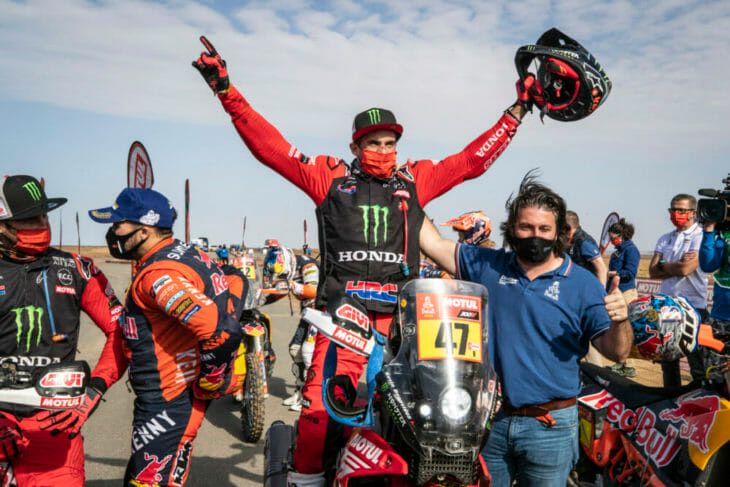 Although Nasser Al-Attiah started this morning final stage hoping to shave the 15 minutes lead that The X-Raid Mini driver, Frenchman Stephane Peterhansel, he just couldn't manage to keep up enough pace and only shaved off a little.  Rally legend Carlos Sainz came home an hour behind the leader, after a quite frustrating event over all for the Spaniard.

Peterhansel, has now got a record 14 Dakar wins to his name and isn't showing any signs of slowing down.

Prodrive and Nani Roma, in their maiden Dakar, came in with a hugely respectable P5.

Ricky Brabec tried his hardest to gain on this years Dakar Champion, Kevin Benavides but to no avail. A good P1,P2 for the Monster Energy Honda team though.  It was only the one KTM rider that kept up a real close pace and that was Sam Sunderland.

We also pay tribute to Pierre Cherpin, who lost his life in this years Dakar.  Sending all our condolences to his family, friends and EVERYONE at the Dakar camp.  RIP Pierre.

No surprise that the Russian Team Kamaz Master basically dominated the race from day one. Dmitry Sotnikov took a sterling P1 overall after a few years of being runner up, so definitely a few vodkas in his teams cmp later tonight,as KAMAZ take the top 3 spots of this years Dakar.

Czechoslovakian driver, Macik, took a very respectable P4 in his efforts to keep up with the Russians but when you're up against winners of the last 18 years, it's a tough challenge.

THAT'S US DONE FOR THIS YEAR BUT PLEASE FEEL FREE TO SUBSCRIBE TO BE 1ST ON THE LIST FOR FUTURE MOTORSPORT NEWS !!!!! 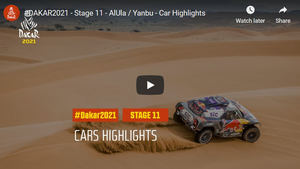 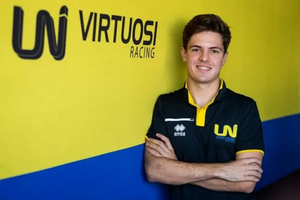