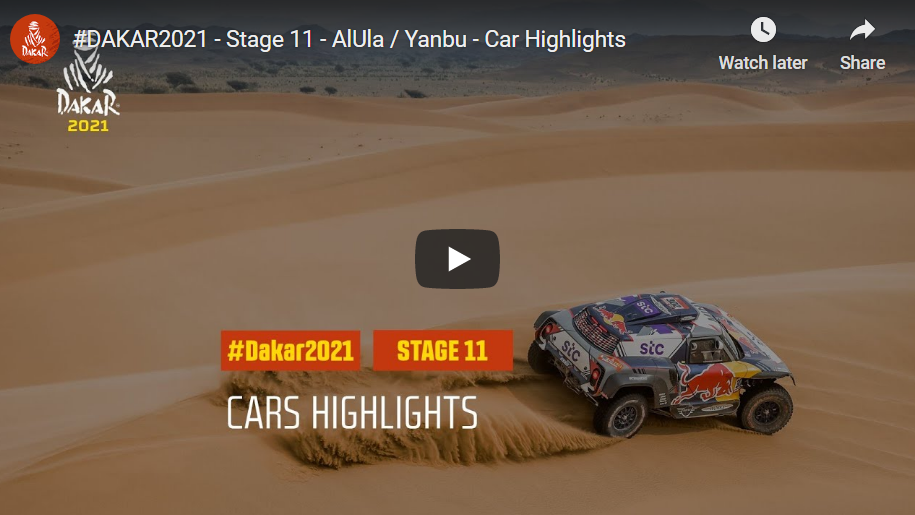 The head of the FIA, Jean Todt was in attendance at this part of the rally, and Im sure gave some wise words of advice to the competitors.

The X-Raid Mini team had a successful P2 and P3 in stage 11 seeing Carlos Sainz, still collecting punctures but still enjoying the race after so much frustration in the early stages.  His other team mate, Stephane Peterhansel remains sure and steady as he finished the day 15 mins ahead on the overall leaderboard.  Its all to play for now.

The Russian, Dmitry Sotnikov is getting closer and closer to an overall victory, 20 years after he joined the team.  Sterling and steady effort to the Kamaz Master driver.

Loprais, with the PRAGA Team finished 5th overall and is steadily picking up a little pace but its the Kamaz Team that are again, dominating the Dakar this year.

Spaniard Joan Berreda with the Monster Energy Honda Team, was forced to throw in the towel on this stage. He missed a feuling post and inevitably, came to a stop but still complaining of injury illness from a previous crash.

Auzzie Daniel Sanders has had a pretty impressive maiden voyage at the Dakar and takes a strong P4 in stage 11.

Ricky Brabec stirring up some "inhouse team" issues with the Berreda Fueling incident must have caused a few raised eyebrows back at camp but his Honda Team mate Sam Sunderland took the stage by force and earned himself a P1.

But its Kevin Benevides from Argentina that is heading for an overall victory for the Monster Energy Honda Team. 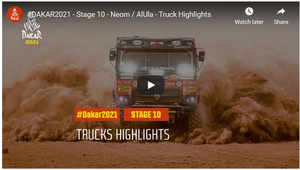 STAGE 10 of the DAKAR RALLY 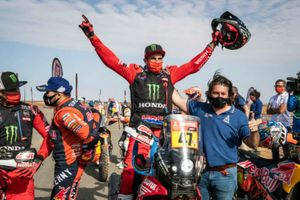