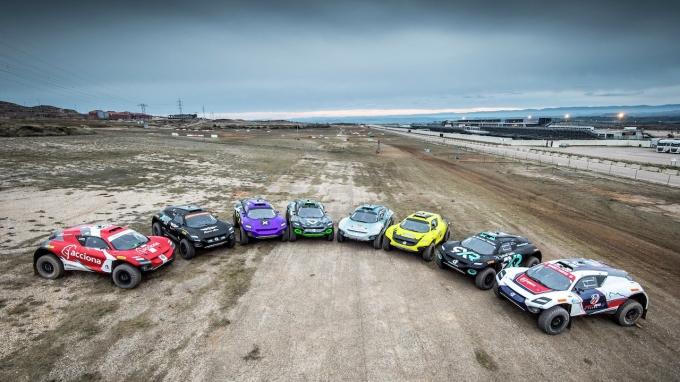 This weekend marks the first of 5 Extreme E ‘X Prix’ in the inaugural season of the pioneering electric racing series. This exciting new championship brings together a host of motorsport greats, including Jenson Button, Jamie Chadwick and Carlos Sainz Sr, who will be racing in some of the most climate-threatened environments around the world, starting in Al Ula, Saudi Arabia, the world’s largest continuous sand desert.

The aim of the series, as quoted by CEO Alejandro Agag, is “to tell the story of the effects of climate change and human activity on stunning, remote locations around the globe”. The series has outlined 5 key goals synonymous with the aims of the United Nations Paris Agreement for Climate change, including using its platform to promote environmental responsibility, sustainable consumption and climate action whilst reducing the overall impact of sports on the climate.

Extreme E’s Scientific Committee of researchers work to ensure these goals are met, with member Professor Carlos Duarte recognising that “The potential of Extreme E to elicit solution-driven action at the biodiversity-climate interface is immense, by engaging audience through sports into imagining a shared vision for a sustainable planet.”.

A bespoke all-electric 400kw vehicle, coined the ‘Odyssey 21’ has been developed specifically for the series, enabling teams to race without a trace in these environments whilst raising awareness of key issues surrounding climate change. The all-terrain adaptability of the Odyssey 21 takes the series to a variety of environments, including desert, coastal, arctic, rainforest and mountainous regions.

Not only does this aid the showcase the extent of climate change impacts across the globe, but it serves as a unique and true test of driver ability across a range of challenging terrains, with natural obstacles directly in their path. JBXE Team founder Jenson Button described the series as “a unique and exciting formula, full of ‘world firsts’ and challenges”.

Upon arrival to each of the locations, the teams and drivers will partake in a Legacy programme, learning about the unique threats to each environment, pledging to support local foundations battling them. The first of which saw the teams participate in a beach clean-up to support the conservation of Red Sea Turtles in Yanbu, Saudi Arabia ahead of the season opener.

The combination of these programmes and the innovative design of the electric Odyssey 21 ensures that Extreme E can reach its target of having a net-zero carbon footprint by the end of its first season. Veloce Racing driver Jamie Chadwick recently explained on Instagram (@jamiechadwick) how “Whilst we are here to race, initiatives like these are vital and we’re committed to playing our part”.

There are 9 teams competing in the 2021 season, consisting of one male and one female driver in each, striving for gender equality within the sport. They race across a two-day format, with 2 qualifying time trial sessions on Saturday and final race rounds on Sunday. Each driver completes one lap per time trial, switching in between each lap, with their combined times across both sessions put forward to decide starting orders for the Sunday racing rounds. Between 12 and 4 championship points can also be won in qualifying according to this starting order.
The top 3 teams are entered directly into the semi-final, with the top 2 finishers promoted to the final. The middle 3 teams are put through to the ‘Crazy Race’ in which only the top finisher bags a place in the final. The final 3 teams are left to battle it out in the ‘Shoot Out’ round for the final positions. A ‘Hyperdrive’ boost is available to each driver to use in each lap, giving them a power increase at their time of choosing. Following the final classifications, between 25 and 4 points are awarded to each team and are put towards the overall championship standings.

In a sense, Extreme E is much more than just a racing series; it celebrates the revolutionary development of electric racing vehicles whilst recognising and highlighting the threats of climate change across its communication platforms. Furthermore, the male and female driver combinations promote gender equality within the series, giving equal opportunities for both drivers throughout the season. This innovative and exciting new approach to electric racing is set to captivate audiences from around the world, giving a platform to showcase the best of electric vehicle performance and voice the growing threat of climate change.

Details on how to follow the Extreme E season in your area can be found via the link below. 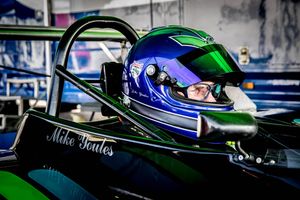 Topcats Racing unveil the livery for their Lamborghini Super Trofeo.