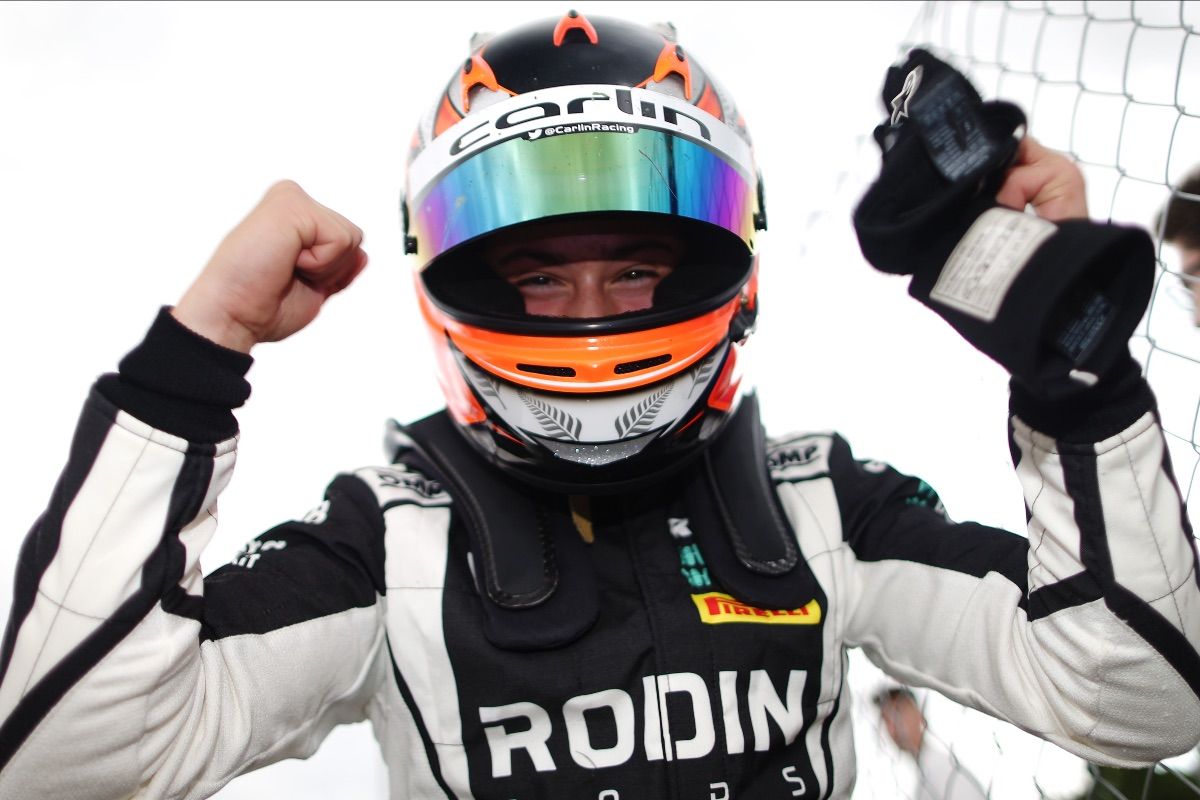 Louis Sharp’s impressive start to life in the ROKiT F4 British Championship certified by FIA reached new heights at Oulton Park, with the rising star making it onto the top step of the podium in the series for the very first time in just his ninth start. A stand-out performance in what is a prized championship boasting many of the world's most promising young motorsport talents.

The teenager from New Zealand headed for the picturesque Cheshire circuit looking to build on another strong outing on track at Thruxton two weeks earlier, where he fought hard to secure a second podium of the year in his eye-catching Rodin Cars liveried, Carlin-run racer.

Friday testing ahead of the race weekend provided Sharp, the youngest driver in the 2022 field, with the opportunity to gain valuable track time ahead of qualifying, and he was right on the pace from the outset, ending the day with the fourth fastest time with a lap little over two-tenths of a second off the best.

Confidence was high going into qualifying on Saturday morning, with Sharp putting in a solid lap on his first run to sit inside the top three on the times. Having just gone fastest of all in the opening sector of the following lap, a potential pole position time was thwarted by a session stopping red flag that forced the field to return to the pits, with the action then resuming after a near ten minute delay.

Battling to find space on the busy track for a clear lap, Sharp was able to improve his time just before the action was halted once again, with his lap being quick enough for fourth on the grid for the opening race – matching his best qualifying result to date.

Better still his second fastest lap time – used to determine the starting grid for third of the weekend’s trio of showdowns – would be good enough to earn a place on the front row of the grid for Sunday’s finale.

When the action kicked off in the opening race later on Saturday afternoon, Sharp wasted little time in making up ground, with the Rodin Cars protége getting away well off the line and sweeping ahead of third placed Aiden Neate on the run to the first corner.

Mid-way through lap one, a brave move on the outside into the chicane allowed Sharp to take second spot from Georgi Dimitrov, with Neate following him through.

Not quite able to keep pace with the leader, the Kiwi rising star instead settled into a groove as he ran solidly in second spot and kept Neate at bay in the closing stages to secure a well-earned second place finish, and his best result so far in the fiercley-fought series for the next generation of budding young Formula One hopefuls.

With the top ten from qualifying reversed for the grid of race two early on Sunday afternoon, Sharp lined up in seventh place and was the man on the move once again when the action kicked off. Further underlining his promise, the New Zealander jumped up to fifth through the opening corners, and then came out on top of a three-wide move on lap two to jump up into the podium positions.

When leader Joseph Loake then slowed with suspension trouble, Sharp found himself once again running in second spot and held station throughout to equal his race one result and make it two notable podiums out of two.

Race three lined up with moisture in the air and the threat of rain, with Sharp making a fine start from the outside of the front row to grab the lead from pole-sitter and championship leader Alex Dunne as the field streamed down to turn one for the first time.

Pushing hard throughout to keep the chasing pack at bay, the teenager produced a remarkably mature drive to bring the Rodin-backed car to the finish for a maiden British F4 win and cap a stunning weekend that allowed him to leap up to fifth in the championship standings.

That feat is all the more impressive considering he missed the opening three races whilst waiting to turn 15 years old!  Louis was understandably thrilled and is now hoping to maintain his strong form when the series heads for Croft in two weeks’ time for the next three races on the British F4 calendar.

"I’m speechless to be honest; it all feels a bit surreal," he beamed after stepping onto the top step of the podium for the very first time since arriving in Europe and graduating to F4. "Coming here to Oulton Park, I never expected to have three podium finishes let alone a win, so I’m so happy with how this weekend had panned out.

"In race one, we had a good run to P2, but the important thing was that we were able to manage the tyres, so that in race two we had a shot at a strong result, and coming from seventh on the grid to take second again was great. In the final race, I had new tyres that we weren’t going to use again, so I knew going into it that I could really push to try and get the win.

"When I got the lead off the start I knew I had a fantastic chance as it is hard to overtake round this circuit and to bring the car home in front is a great feeling. I have to credit the team because they gave me a fantastic car and I’m delighted with the results.

"This is a track that I’ve really enjoyed and I think it suited my driving style, but I also feel that this is a weekend where things have started to come together for me a little bit more. We’ve been playing catch up after missing those first three races at Donington Park, but I’ve now had more time in the car and my confidence has been growing and growing.

"I’m really looking forward to now going to Croft to see what we can achieve there." 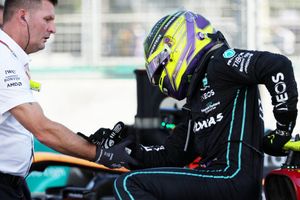