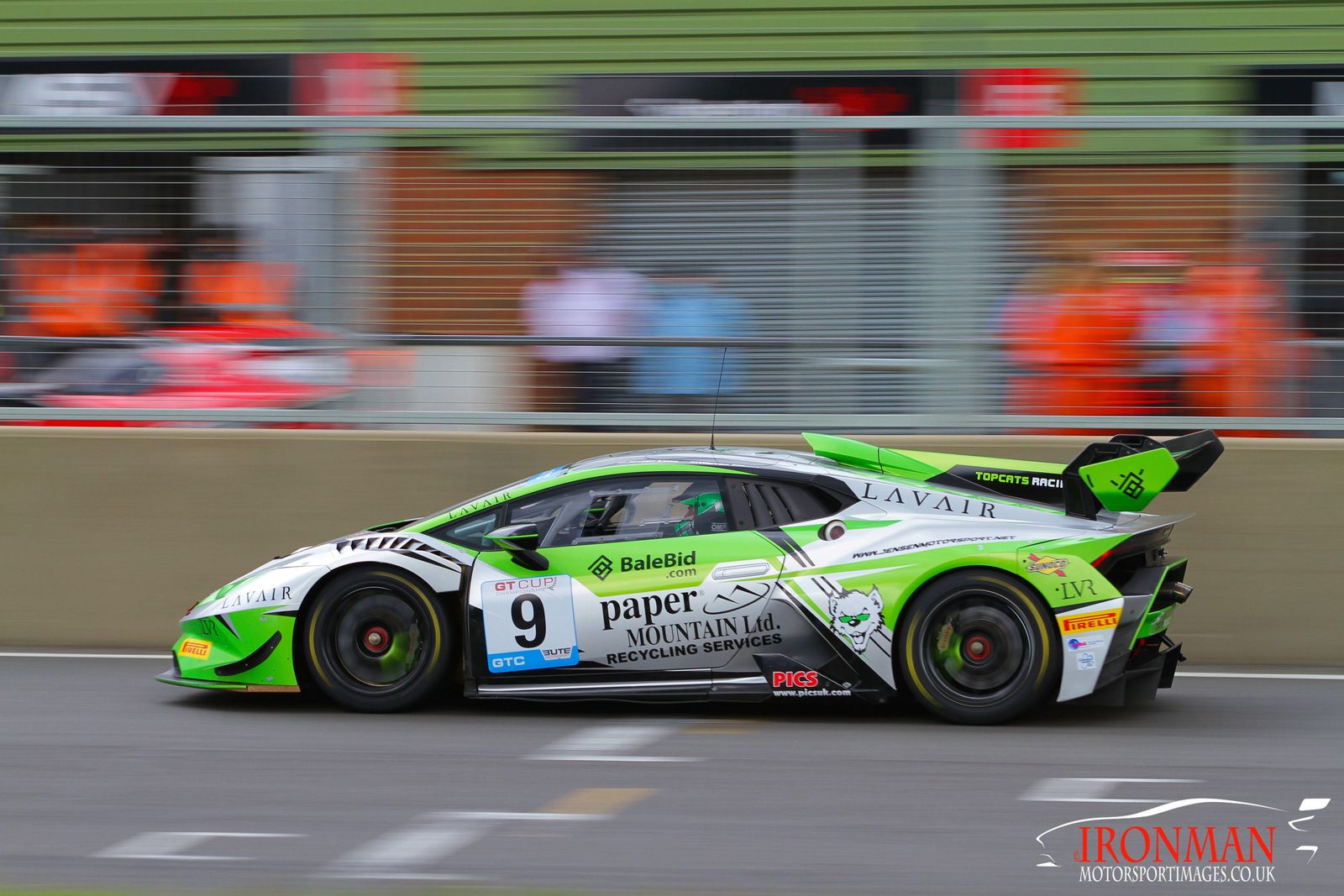 Sam Neary, in the #88 Team Abba Racing Mercedes dominated and took pole position by more than two seconds ahead of the #55 JMH Automotive Lamborghini in second and the #5 Porsche of Richard Chamberlain in third.

This was a twenty five minute sprint race contest and the pole sitters were on form from the start, as Richard Neary in the #88 Mercedes-AMG GT3 made a great start and never looked back as he stormed to chequered flag to take the first win of the weekend by seventeen seconds ahead of the #247 Lamborghini  & the #4 Nissan.

John Seale in the #55 Lamborghini attacked Chamberlains Porsche early on in the race, ending up with contact that dropped them both down the order.

Raw Motorsport came through and charged to the win in GTO with Ben Dimmack in the Radical RXC.

GTC class win went to the #9 Topcats Racing Lamborghini of Jensen Lunn and Warren Gilbert and with that they kept their overall lead in the Championship.

San Randon took the GTB win for Team Hard Racing in the #34 Porsche and the #212 Makehappenracing Ginetta won in GTA and in GTH Orange Racing powered by JMH Automotive in the #1 McLaren won ahead of the #26 Paddock Motorsport McLaren.

This was a fifty minute endurance race and we were treated to some spectacular racing amongst the different groups.

Richard Neary again made a great start to the race and soon made a significant impact and pulled away at the front and had a massive advantage when it came to the pit stops, which enabled Sam to take over at the stop and come out comfortably in the lead to bring the car home and with Team Abba Racing's second win of the day.

Despite an early challenge from Chamberlain in the #5 Porsche, sadly he had to retire the car.

The #61 Scott Sport Lamborghini charged like a bull through the field following a spin after contact at the hairpin on lap one.

Paul Bailey and Ross Wylie took full advantage of Chamberlains misfortune and grabbed their first GTO victory in the Brabham BT62 and with it third overall for SB Race Engineering.

Porsches of Team Hard Racing and Valluga Racing were battling with each other in GTB, but it was the #34 Porsche of Richard Marsh and Sam Randon who took the win after Nick Phelps in the #35 Porsche lots time in the pit stops.

The GTH win was between Between three McLaren's but it was the #26 Paddock Motorsport McLaren of Moh Ritson and Tom Rawlings that took the win at the flag.

After a great battle between two the #212 and #67 Ginetta's it was the Orange Racing Ginetta of Joshua Jackson and Simon Orange that came out on top to take the win in GTH.

Topcats Racing suffered a scare late on when Jensen Lunn entered the pits late on what he thought was a puncture, but re-joined the race and went on to take the teams second GTC race win of the day.

Team Abba Racing complete a dominate weekend by winning all four races for the first time!!

Team Abba Racing continued their dominance by claiming pole position in Sundays qualifying session by 0.376 of a second ahead of the #61 Scott Sport Lamborghini and the #55 JMH Automotive Lamborghini.

Sam Neary makes it three wins out of three for Team Abba Racing.

When the lights went out it was the #88 Mercedes-AMG GT3 of Sam Neary who made a fantastic start and was untouchable throughout the race and won the race by a massive 47.754 seconds ahead of the #247 Lamborghini of Lucky Khera and the #4 Nissan Nismo of Graham Tilley.

#7 Radical pulls off and was out early in the race.

A great battle between the #55 Lamborghini of John Seale and the #28 Brabham of Paul Bailey went on for most of the race, but with just under eight minutes to go contact was made at Murrays and although they both limped back to the pits, their race was over and the rest of their weekend too.

* This meant that no GTO class cars finished the race.

Orange Racing Powered by JMH Automotive #67 Ginetta secured  the win in GTA and Balfe Motorsport secured it's  first win in GTH with the #90 McLaren driven by Mike Price after a mistake by the #26 Paddock Motorsport McLaren in the closing stages.

Team Abba Racing wins again despite the interruption  of the safety car.

The fifty minute race provided some great close action throughout despite a couple of safety car periods.

At the front the #88 Team Abba Racing Mercedes made a good start and eventually  started to pull away and began to build a gap, but that was cut short when the safety car was called after the #34 Team Hard Racing Porsche was off and into the barriers at Murrays just before the pitstops.

After the pitstops it was the #247 Lamborghini of Lucky Khera, who made no success  penalty at their pitstop who came out and into the lead of the race, with Sam Neary just making it out  and into second ahead of the #4 Nissan Nismo of Will Tregurtha who was third.

Despite a close battle with the #4 Nissan after the pitstops Sam Neary soon began to show his speed and soon closed the gap the leader Lucky Khera in the #247 Lamborghini and it wasn't long before he made his move and retook the lead of the race and went on to win by 8.5 seconds and made it a clean sweep of victories this weekend for Team Abba Racing.

Topcats Racing do it again.

In the GTC. things were looking good for Topcats Racing but when the safety car came out for the second time and closed the field, it meant with their twenty second success penalty at pitstops, the team had their work cut out for the win.

Warren Gilbert now in the #9 Lamborghini had other ideas and soon began to close the gap to the GTC leader, the #41 Stanbridge Motorsport Lamborghini driven by James Simons.  Warren Gilbert made his move and took the lead in GTC with a brilliant move round the outside at Brundles and went on to make it four GTC wins for Topcats Racing this weekend.

GTB honours went to the #35 Valluga Racing Porsche and the GTH class win was won by the #77 Graystone GT McLaren and GTA class win went to the #6 Century Motorsport Ginetta.

* The next round of the GT CUP is at Oulton Park on the 3rd of July.

Article and images provided by ......

FORTEC MOTORSPORT look to extend an early lead in BRITISH FORMULA 4 at SNETTERTON this weekend.. 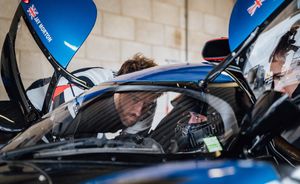 Praga Cars moves into top gear in the UK