The Return of W Series

The W Series championship is set to return to racetracks and screens alike this year, with a place on the Formula 1 support calendar, following the unfortunate abandonment of its 2020 season. A provisional calendar of 8 races was announced at the end of last year, with the season opener due to take place in Le Castellet, France in late June.

For those unfamiliar with the series, the W Series was launched in October 2018 as a pioneering championship exclusive to female drivers from around the world, racing single seater cars resembling those raced in Formula 3. It adopts the same scoring system used commonly across formula racing, allocating up to 25 points for those who finish in the top 10 positions of the race. Unlike other major formula categories, there are no teams within W Series; it is an individual championship of drivers battling each other in equal machinery.

As of 2020, the series announced the distribution of FIA Super Licence points to the top 8 drivers at the end of the championship, with the champion being awarded 15 points down to a single point awarded to the 8th finisher. However, the abandonment of the 2020 season due to the COVID-19 pandemic means that the first W Series Super Licence points will be awarded at the end of the 2021 championship.

The series was introduced to encourage female talent to step up onto a world championship grid, giving 20 women the opportunity to gain valuable racing experience that they would have otherwise struggled to access as females in a widely male-dominant industry. Catherine Muir, CEO of W Series believes that "our global reach, impact and influence will be increased significantly" as a result of their new partnership with Formula 1 for 2021, which was likely brought about to support the #WeRaceAsOne campaign.

Ross Brawn, F1 Managing Director is confident that "partnering with W Series shows our determination and commitment to building greater diversity across Formula 1”. Elevating the W Series up onto the F1 platform not only allows the opportunity for women to race at some of the most iconic and challenging tracks around the world, but also raises greater awareness of the importance of supporting female talent within F1 itself. The last female driver in F1 was seen on the grid some 40 years ago, something that the founders of W Series are eager to change through the growth of the championship.

The series' trailblazing first season in 2019 saw Brit Jamie Chadwick take victory, winning at both Hockenheim, Germany and Misano, Italy, beating Dutch Woman Beitske Visser to the title by a margin of 10 points. Both drivers are set to return to the 2021 grid with hopes to secure the championship, alongside a selection of the best racing talents from countries including Japan, Norway, America and Brazil to name a few.

Following the driver announcements last year, Chadwick described how"I am relishing the prospect of racing alongside them on some of the greatest circuits in the world next year in a bid to defend my W Series title". There are currently still two seats left to be decided upon for the 2021 grid; we look forward to seeing the talents selected to fill them and bring the best of female racing to the F1 stage! 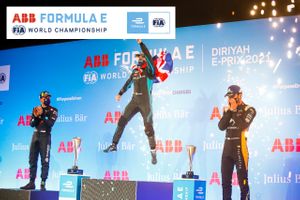