In its tenth season, the World Endurance Championship came to an end this past weekend in Bahrain, with the future seeming to be brighter, but with a little bit of sadness to be included.

The famed hypercar class will have more teams for next season, but the famed GTE PRO category will be omitted from the program.

Toyota Gazoo Racing once again took top honours in the hypercar category, but it was not as easy as some individuals might seem to think. Jose Maria Lopez’s accident at the opening race in Sebring, Florida, ruined the team’s chances to get a victory, which in a big upset, went to the French Alpine Elf team, which had Andre Negrao, along with Nicholas Lapierre and Matthieu Vaxiviere, take the victory. Toyota managed to take the rest of the opening season races, including a 1-2 at the 24 Hours of Lemans. But in mid-July, a mistake by one of the cars resulted in a drive-through penalty, which ended up with the Alpine’s winning their second race of the season.

However, Toyota recovered to win their home race in Fuji, Japan and finished off with a 1-2 in the final event in Bahrain. The manufacturers title went to the Japanese, while Sebastian Buemi, Brendon Hartley and Rio Hirakawa took driver honours.

However, such new teams emerged with Glickenhaus achieving pole in Monza, but unfortunately, ran out of funding and was absent in the final two races. Alpine’s French compatriot, Peugeot, joined the championship in July in Monza, but reliability problems plagued them throughout the rest of the season, which means that the winter will have to see a lot of research and development to challenge Toyota for race wins next season.

The LMP 2 class was always exciting, and this year was no exception, but the steadiness of the JOTA team meant that the trio of Antonio Felix de Costa, Roberto Gonzalez and Will Stevens gave themselves their first title when the racing ended in Bahrain, even if they ended up finishing fourth in the final race. It is still questionable which teams could return for another season, but it is certain that the Alpine team will move down to this category for one year, only to return to the hypercar class in 2024 with not one, but two cars.

The final hurrah of the GTE PRO class was a battle all season between Porsche and Ferrari. It might not have been the rivalry of the 1970’s, but both manufacturers took their battle down to the final race where Alessandro Pier Guidi and James Calado gave Ferrari their second title in a row.

For the GTE AM class, Ben Keating finally achieved his championship with teammate Marco Sorensen in their TF Sport Aston Martin, which for Keating himself, will promote him to the Corvette Racing Team for 2023. This could be the first season that Keating will race as a professional. If it is, it will mean that the racing will be for the LMDh series and possibly not the WEC. But nevertheless, it is a great move.

Next season will be the turning point in the WEC, especially when you have Porsche and Ferrari moving to the hypercar series to take on Toyota and the others, keeping most of the drivers who participated in the GTE PRO series. Two Porsche teams, which are owned by Penske Racing and a second sponsor, will be added, along with an American Cadillac squad. Alpine and Lamborghini will follow in 2024, which will make along with the return of Glickenhaus, eight teams competing in 2024, which will make the racing exciting. The GTE AM class will be changed in 2024 to a GT 3 category, which will involve cost -capped machinery which regular manufacturers cannot participate in.

The WEC has a bright future, and with it, better racing categories, which could bring more of an interested audience to see it. 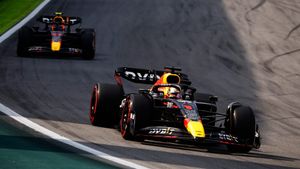 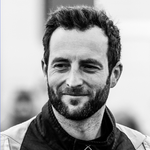