Extreme E’s debut X Prix brought an electrifying race weekend, with all the thrills, spills and sandy hills of electric racing in the Al’Ula desert region. With CEO and founder Alejandro Agag describing it as “the biggest experiment ever seen in motorsport”, expectations were high, with some initially sceptical of the uniquely innovative concept.

However the series proved its promising, rightful place in the world of motorsport, with its progressive approach to E-Racing promoting climate action and gender equality at the forefront of its goals. Driver pairings were celebrated, race pace calculated and we even saw the return of a Rosberg/Hamilton rivalry between Rosberg X Racing and X44, the teams the two F1 champions respectively own. Inevitable teething issues were present but did not detract from the sheer enthusiasm of drivers and fans alike.

Let’s take a look at some of the most impressive features of the debut weekend:

In order to attain a net-zero carbon footprint pledge, temporary tent structures were assembled to house everything from team garages to hospitality areas. Instead of using similar semi-permanent building structures to those of the F1 paddock, these tents were used to allow the series to travel to places such as Al Ula, without permanently changing the natural environmental features in the paddock.

Perhaps the most impressive tent along the paddock was the Command Centre, where teams shared a futuristic data suite, where footage is broadcast and telemetry displayed. Here, teams can interact and analyse this data to discuss strategy ahead of their running. Unlike the world of Formula 1, the teams are housed within the same tent, giving anyone in earshot an insight into strategy decisions and feedback.

The data screens and impressive lighting features are LED powered and run by clean energy sources, in support of Extreme E’s sustainable goals and campaigns. They also add production value to the race coverage, for example in the event of a red flag, the tent is plunged into a sea of red lighting, giving a dramatic spectacle to those watching at home.

The weekend saw its fair share of racing carnage, with Claudia Hürtgen rolling her Abt Cupra after hitting a rock in her maiden qualification lap, and a collision between Kyle LeDuc of Chip Ganassi Racing and Claudia Hertgen again in the Shoot Out round to name a couple.

However what stood out for me was Catie Munnings’ first qualification lap, where she drove a stellar round to qualify Andretti 4th with a slow puncture on the rear right wheel for the entirety of her lap. The rear end was constantly snapping out, giving Catie quite the job to keep the car heading straight. Her teammate, Timmy Hansen said “Catie drove like a hero to keep the car on the track today with only 3 wheels”.

Munnings’ incredible determination kept her pushing the limits of the car right until the end, managing a largely unbalanced and unpredictable drive. Finding a balance between setting a competitive time and limiting damage ahead of the second qualifying session was paramount. I’d say Catie did just that, aiding Andretti to clinch their second place classification at the end of the weekend.

3. The natural scenery and that drop

Clearly, the series was driven by the discovery of incredible locations to be able to race around, with Al’Ula being no exception. The spectacular sand dunes, ravines and rocks made for a challenging, undulating track, with perhaps the most gut-wrenching drop we’ve seen in motorsport. Measuring 100m down and at a 45 degree angle, the drivers had to carefully navigate the entry and exit points of the drop, where carrying too much speed could put you at a loss of control, but carrying too little speed could lose you valuable time.

The natural obstacles also proved tricky to manoeuvre, with Stephane Sarrazin rolling his Veloce Racing car after coming into contact with a tuft of undergrowth, sending the rear end of the car into the air. The momentum that Sarrazin was carrying at the foot of the drop made the impact all the more intense, but thankfully the robust crash structure and roll cage ensured he was left uninjured.

It has been really inspiring to see the development of Extreme E finally come to life. Their commitment to climate action was evident through every aspect of the weekend and the dedication the drivers had to the race was unquestionable. Ultimately, the desert of Al’Ula gave the debut X Prix weekend some breath-taking scenery, a whole host of obstacles for the drivers to tackle and enough excitement to keep us going until the end of May, where the series travels to Dakar, Senegal, for the Ocean X Prix. 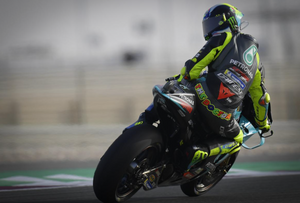 The "Doctor" suffers in qualies..! 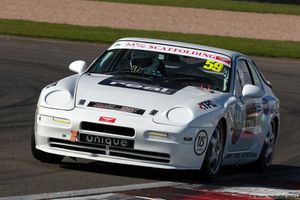