BTCC heads to Donington Park for penultimate event of the season

Rounds 25, 26 and 27 of the 2021 Kwik Fit British Touring Car Championship will take place at Donington Park next weekend (9/10 October) with the chasing pack looking to hunt down Drivers’ Standings leader Ash Sutton.

The penultimate event of the BTCC season is set to be a crucial one for many challengers as they look to stay in contention ahead of the season finale at Brands Hatch (23/24 October).

Sutton has been the cream of the crop for much of the campaign as the reigning champion claimed four victories across events at Thruxton, Snetterton and Knockhill and, having built a relatively commanding advantage, has since settled on scoring consistent points finishes.

“To leave Silverstone with a 36-point lead is mega and a job well done by everyone at Laser Tools Racing; I’m really looking forward to Donington Park,” said Sutton. “If you look back to last year, we had a win there on what was our first weekend with the car and since then we’ve really moved things on. The car is phenomenal, and we’ve got a few little things up our sleeve so I’m buzzing to get there and manage that gap at the top!”

The Donington Park circuit is a favourite among fans and drivers alike and often creates wheel-to-wheel action as 29-cars blast through iconic corners such as Redgate and stream down the famous Craner Curves.

Having opened the 2020 season behind closed doors, the event marks the BTCC’s long-awaited return to Donington Park and will see tin-top fans flocking to the venue for the first time since April 2019.

There will be several local lights also gunning for glory as Kidderminster’s Dan Rowbottom – the BTCC’s newest race-winner – looks to add to his victory tally on home soil. The Halfords Racing with Cataclean driver has been one of the standouts of the season so far, enjoying a breakout campaign that culminated in a first triumph at Oulton Park back in August.

Team BMW’s Stephen Jelley has already sprayed champagne this season with a couple of podium finishes, but can the Leicester native go one better to take P1 in front of his local support?

Sam Smelt (Bruntingthorpe), Andy Neate (Melton Mowbray), Sam Osborne (Worksop) and Rick Parfitt (Nottingham) are the other quartet looking to thrive at their nearest circuit, as we head towards a thrilling climax to the year.

The penultimate event of this year’s Kwik Fit British Touring Car Championship takes place at Donington Park on 9/10 October, with the country’s leading tin-top drivers out to put on a show as the end of the season beckons.

Discounted tickets are available in advance with FREE entry for children 12 and under, whilst 13–15-year-olds will need to hold a teen ticket for this race meeting (£12 on Saturday and £19 on Sunday). Adult weekend tickets are £43 when booked in advance, with Sunday admission £35. Click here or call MSV on 0843 453 9000 to book now.

BTCC qualifying on Saturday will be streamed live on itv.com/btcc, with the action kicking off from 1430, before the race day broadcast on Sunday commences at 1125 on ITV4.

The three BTCC contests, including the epic reverse grid finale will form the centrepiece of the event, while support race action from the MINI Challenge, Porsche Carrera Cup GB, British F4, Ginetta Junior and GT4 Supercup will provide extra drama. 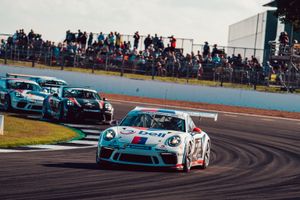 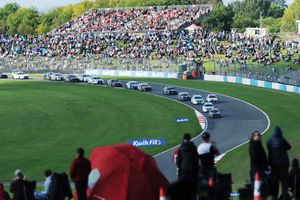