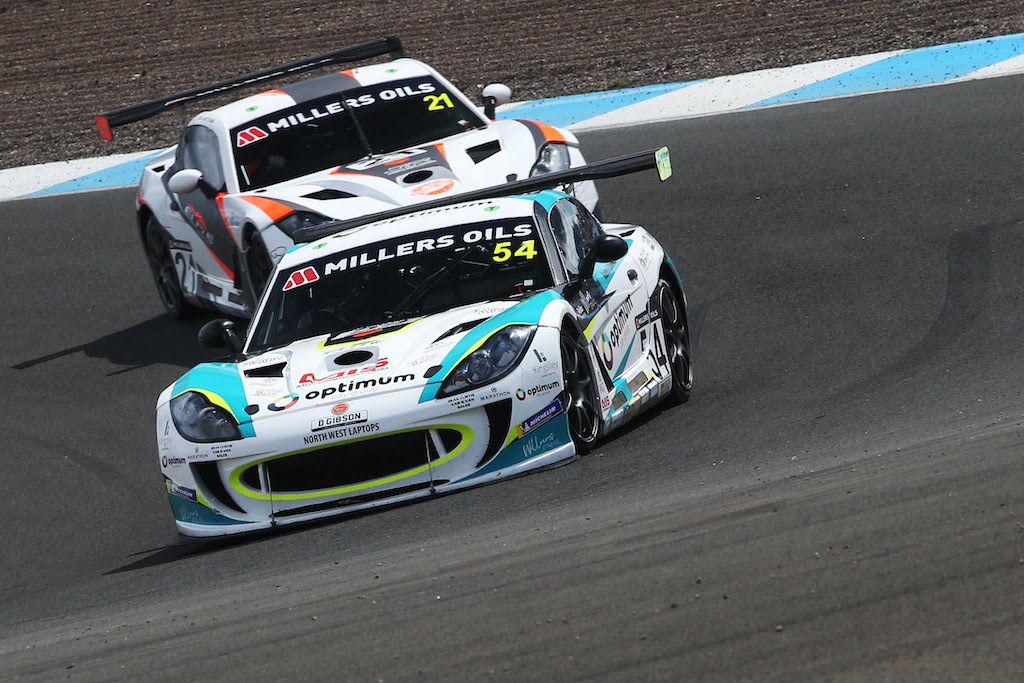 Millers Oils Ginetta GT4 SuperCup Teams’ Championship pace-setters Elite Motorsport will travel to Thruxton later this month with a 128-points advantage in the Teams’ division and with Adam Smalley, Josh Rattican and Tom Emson still placed second, third and fourth in the Pro Drivers category after the latest races at Knockhill in Scotland (14-15 Aug).

Smalley recorded his third pole-position of the season, rain falling early in the session, before recording totally dominant lights to flag victories in Races 1 and 2 to take his tally of wins to five this season – in both cases leading home Elite 1-2 finishes. Adam started from fifth in the partial reverse grid for Race 3 on Sunday afternoon, ran fourth early on but dropped to fifth in the closing stages slowed by a technical issue.

Rattican equalled his best quali position with a second front row start before posting a solid second place in Race 1 and took the chequered flag second in Race 2 but a 10secs penalty for a “false start” dropped him to fifth in the final classification. Josh started Race 3 from pole-position and led the opening three laps before dropping to second after an overly aggressive overtake from a rival delayed him – a position Josh held to the flag to record his sixth podium of the year.

Emson started Race 1 from the second row but was shuffled down to fifth place at the flag after some ultra-close racing but came back with second place in the classification in Race 2, equalling his best result of the season. Starting Race 3 fourth, Tom lost pace after a nudge and dropped to eighth on lap seven but further contact on the penultimate lap put Emson in the gravel and an unrepresentative 11th place finish. The Thruxton races will be held on 28-29 August. 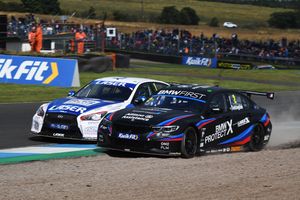