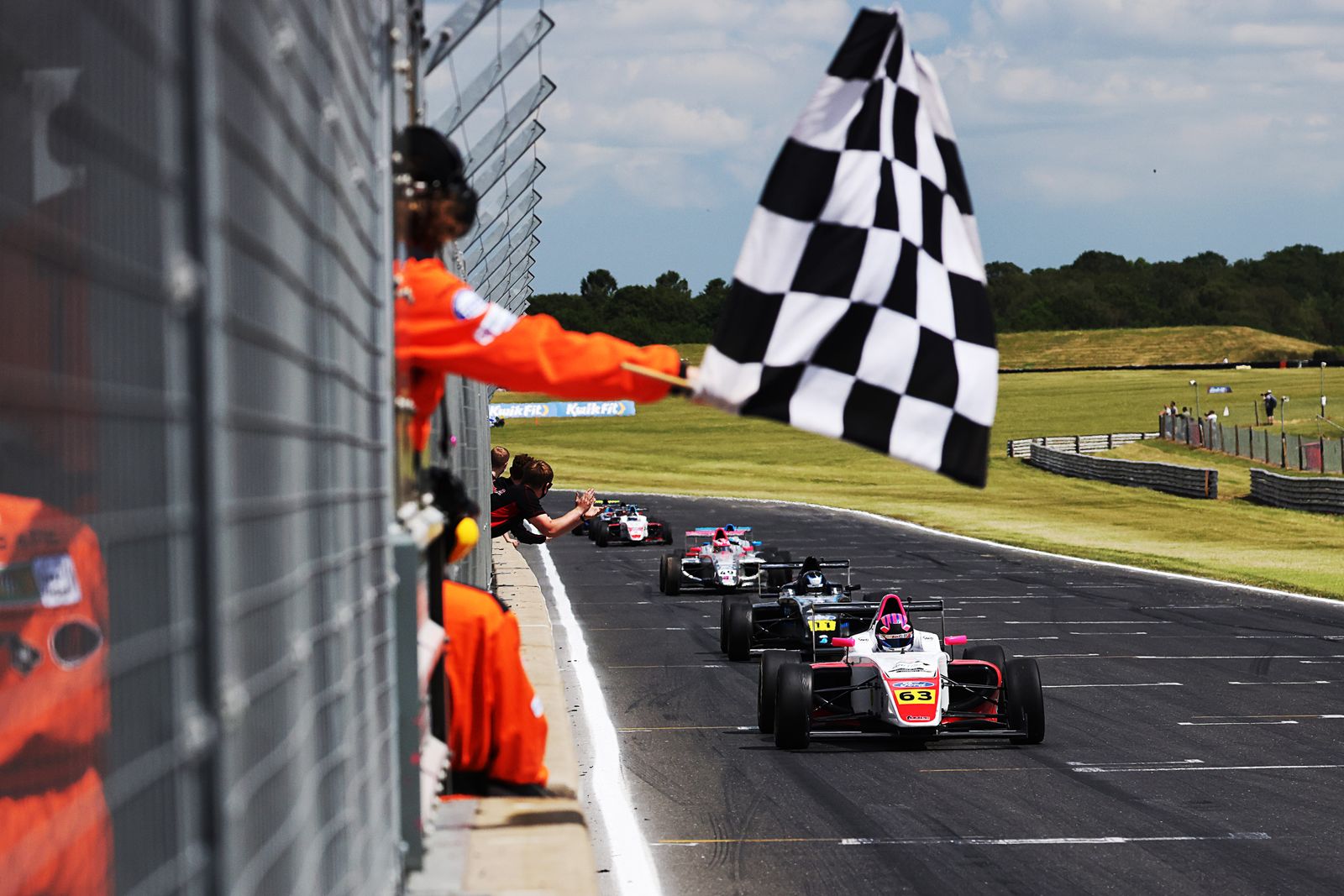 Fortec Motorsport extended their early advantage in the British Formula 4 standings despite a character-building weekend (12-13 June) at Snetterton, Norfolk.

Arriving at the 2.97-mile circuit on the back of a race-winning start to the campaign at Thruxton a month prior, early points leader James Hedley, closest challenger Joel Granfors and a determined Ollie Gray were on the pace right from the get-go.

Gray led the Daventry-based team’s charge in qualifying on Saturday morning, sealing his first front row start in single seaters, with Hedley just behind in fourth. Granfors cemented the team’s form, making it all three cars in the top ten.

A fast-starting Hedley immediately made it up into second with passes on McKenzy, Cresswell and Gray in race one, the latter falling back to fourth. Thereafter the dirty air from cars ahead made it near-impossible to overtake, but the pair duly banked solid points, with Granfors making forward progress to eighth.

The team’s strong qualifying meant a lowly starting slot for the reverse grid race, with Granfors the sole breadwinner in fifth.

Sunday proved to be a character-building affair for the team; a stall for Gray when the lights went out dropped him to the back, whilst contact for Granfors left him on the sidelines and the safety car deployed.

That offered Gray a chance to make up for lost ground, and he duly passed six cars to seal 11th, but fourth for Hedley proved to be the highlight on this occasion.

Nevertheless, Hedley extends his points lead to 25, with Fortec retaining top spot in the Teams Cup as the series heads next to Brands Hatch (Indy) on 26-27 June.

“It’s not been the weekend we’d hoped for, but there are a lot of positives for us to take away from Snetterton.

“On a different day, I think all three of our cars would have finished on the podium, if not challenged for victory, but it’s a tough circuit to overtake on and the opportunities just weren’t there in race one.

“The reverse grid race was always going to be an uphill task, and things just didn’t go our way in race three.

“That being said, we can be happy to extend the championship lead in James’ case, and we’re still sitting comfortably at the top of the Teams Cup, so we’ll reset, go back to HQ and get ready to come back out fighting at Brands Hatch.

“Thanks to the team for another weekend of hard work and commitment.”

“It hasn’t been an easy weekend, with a few incidents too many and some questionable moves in the midfield. We weren’t quite there in qualifying, and that cost us in all three races.

“We managed to improve the set-up and the feeling in the car later in the weekend, particularly ahead of Race 2, but it’s difficult when you start too far back.

“Still, I think we showed our potential with the fastest lap in the second race, and the car felt just as strong in Race 3 until I got punted off the track. It’s a shame it had to end like that, but there are definitely positives to take away. We will get back to work and do better next time out.”

“It’s been a mixed weekend for me at Snetterton. It was good to get more points in the opening race with fourth, and there was definitely the pace in the car to fight for the podium places.

“Obviously qualifying at the front makes the reverse grid race a tough challenge and following other cars in the dirty air is so difficult around Snetterton, so I think we maximised everything we could in that respect.

“I’m obviously frustrated with the mistake in race three, but the fightback from thereon just underlined our pace this weekend – on a different day, we’d have been celebrating some very different results.

“Now I’ll go back, re-focus and get ready to hit the ground running at Brands Hatch.”

“It’s been a good weekend here at Snetterton. It could have been better, but there was no need to take any risks. I’ve got some solid points and extended the championship lead.

“Thanks to my team at Fortec and sponsors for their part in getting me here. I can’t wait for the next event at Brands Hatch in a fortnight.” 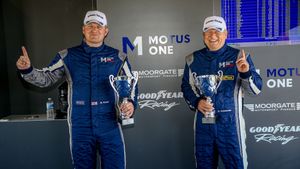