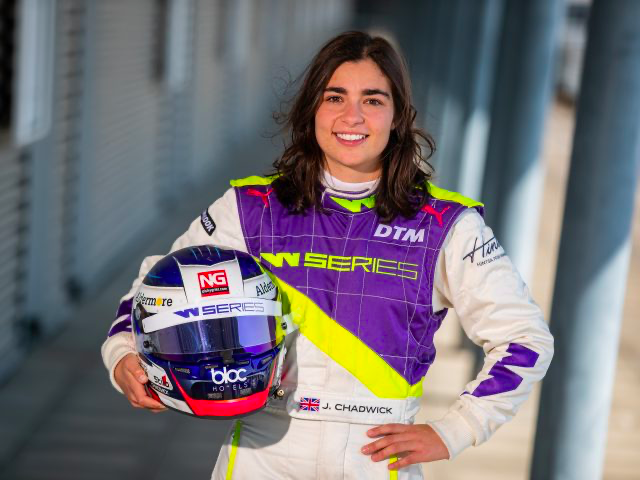 Williams announce that they are retaining British female racing star Jamie Chadwick as their development driver for the 2021 season, following the success of their relationship throughout 2019/20. Chadwick will fulfil this role alongside competing in the second W Series championship and the revolutionary first season of Extreme E with Veloce Racing.Jamie Chadwick first signed with the Williams Driver Academy in 2019 as their development driver, continuing her role within the team into 2020.

The Brit worked closely with the team in the simulator, joining them trackside where possible. Speaking with Williams F1 TV last year, she described how "the relationship with Williams was an incredible part" of her success across a variety of racing classifications. This includes winning the championship title of the inaugural W Series season in 2019 and winning the MRF Challenge in its 2018/19 season. Chadwick scripted history in both championship achievements, by becoming the first female winner in the 7 seasons of MRF and taking the crown in the first ever season of W Series.

Having worked closely with Girls on Track UK as an ambassador alongside the likes of Claire Williams and Susie Wolff, Chadwick can be described as an inspiration for all female motorsport talents. Her groundbreaking success in the motorsport scene is testament to her incredible determination and her involvement in Williams is the reward.

In continuing this relationship, Jamie believes that"to be part of the Williams Academy just shows that it is an actual attainable goal to be in Formula 1 one day". Her attitude highlights the importance of Driver Academies and how influential they can be in the making of F1 contenders. Seeing more female faces working in and around F1 teams shows the ever-changing perception of women in motorsport, and having drivers like Jamie being awarded with key development driver roles is a significant step towards increased female representation on the F1 grid.

Chadwick entered 2020 with the hopes of defending her W Series championship, but was left looking elsewhere to seek racing glory as the season was abandoned due to the COVID-19 pandemic. Eager to maintain her form in competitive racing, she signed a collaborative agreement with Rodin Cars to support her entry into the European Formula Regional Championship with Prema Powerteam. Taking an impressive 3rd place in the season opener at Misano World Circuit in Italy, Chadwick went on to endure what she described as a "bloody tough year" on Instagram (@jamiechadwick) to finish a respectable 10th in the driver standings. Nonetheless, her performance throughout the year helped Prema Powerteam secure victory in the team standings and developed her skills on track.

Heading into 2021, we can expect to see Jamie racing in a selection of world championships, including the second season of W Series on the F1 support calendar this year. Eager to defend her championship title, her seat on the grid will also allow the opportunity to gain valuable Super Licence points to further advance her racing career. She enters the 2021 series as a championship favourite, surrounded by a host of new and returning female talents, all keen to display their potential on the F1 stage under the watch of driver academies and fans alike.

Jamie is also set to drive for Veloce Racing's Extreme E team, opening in Saudi Arabia at the end of March, in the revolutionary all-electric racing series. She joins a host of familiar faces, including Jenson Button and Nico Rosberg, who are amongst the owners and drivers of Veloce's rival teams. Driving alongside Frenchman Stephane Sarrazin, Jamie states she is "excited to be part of such an important series for our planet!". Powered by a Williams Advanced Engineering battery, the Veloce Racing car boasts an incredible 550 horsepower and 400kw energy output, and pledges to race in endangered areas of the world without a trace, including the Amazon Rainforest in October. The championship, coined as the"Race to save the Planet" aims to give a platform to document the harsh realities of the climate crisis and showcase the rise of electric vehicles in the extreme, if you'll pardon the pun.

With her 2021 season shaping up to be an exciting and exceptionally busy year, Chadwick's promise and versatility within the sport is unquestionable. Returning to the familiarity of the Williams Team as a development driver can only benefit her confidence on track and develop her ability to communicate within a Formula 1 team. Her recent exposure in the world of motorsport has promoted her name and grown her following; I hope we get to see her success continue across her many racing ventures. 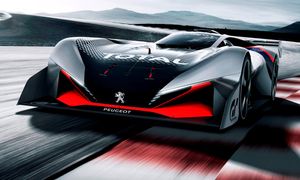