What an absolute pleasure  it was to spend a few exciting days at Londons excel Centre with the Formula E circus.
And, before I write anything more, I'd like to congratulate the Marketing and Communications team for really pushing the "boat out" with the Hospitality, Entertainment and Fan zones.

After witnessing the Monaco E-Prix, which we saw very little fan activity, at such a visual circuit,  I felt that the FE organization missed some great opportunities with the spectators situation.
London made up for this. The crowds were in abundance and the "Fan zones" were fantastic.

Flags, paper Helmets (nice touch) worn by many, many youngsters. The grandstands were plentiful and more importantly, FULL of excited spectators.
And, the Racing was spectacular too, with numerous dramas and some great action from the FE teams and drivers. This is how Electric Motorsports is going to grow and become accessible to the masses. Well done to all involved...

Saturday saw some sterling efforts from Jake Dennis from the Avalanche Andretti team, securing a double pole and a win on Saturday.  He seemed unstoppable and with issues from the top 4 leaders of the Championship, Dennis looked the favorite for the Double win.

We caught up with Lucas Di Grassi with the ROKiT Venturi Racing team on the Friday after the FIA introduced a bizarre penalty which Lucas and the team weren't happy about, and left Lucas "dead last" in the grid.

Like true professionals, the ROKiT Venturi Racing team and Lucas fought back and gained 13 places to put them in the points..  Not an easy feat at such a "difficult to overtake" circuit, in and around Londons Excel Centre.

On the Sundays double header, ROKiT and Di Grassi seemed so determined and confident and after an excellent qualifying round, he sat right behind Dennis, who claimed his second pole of this "penultimate" round of this seasons Championship.

Sundays race was going to be Di Grassi's anyway. The anger he vented on the Saturday spurred his determination and he kept the pressure on Dennis throughout the whole race, and with superior skills and some great pace, he used his Attack Mode and took the lead in the last quarter, to eventually get his 1st podium win of the season.

Stoffel Vandoorne, the original leader of the Championship only managed to points in just the one race, which caused frustration from him and his team but still claimed points to push him further ahead on the leader board.
The Mercedes EQ team drivers Vandoorne and De Vries, had a solid Saturday with both drivers on the podium behind Dennis but couldn't replicate their form on the Sunday event.

We caught up with both the DS TECHEETAH drivers on the Saturday, and they were in great spirits, as usual but were unable to make it work they way the team had planned.

Jean-Eric Vergne, #25 : “Today is a day to forget for me, a lot of things happened during the race. Thankfully we have another race tomorrow so we will give it all, keep pushing to fight back at the top and try to leave London on a high.”

Thomas Chevaucher, DS Performance Director and DS TECHEETAH Team Principal: “The London track does not suit our DS E-TENSE FE21 where they cannot reach their usual performance. Thanks to the come back of Antonio we scored precious points that allow DS TECHEETAH to stand 2nd in the Championship. Now we need to focus on tomorrow’s race. I’m fully confident in the team and they will give their all.”

Id like to personally thank my new friend and an amazing photographer, Mr Ian "Janny" Bozic. Looking forward to working with you in the near future. 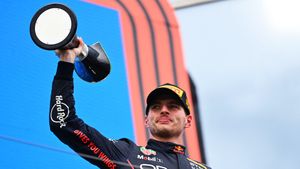 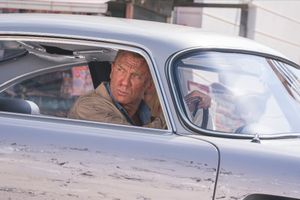