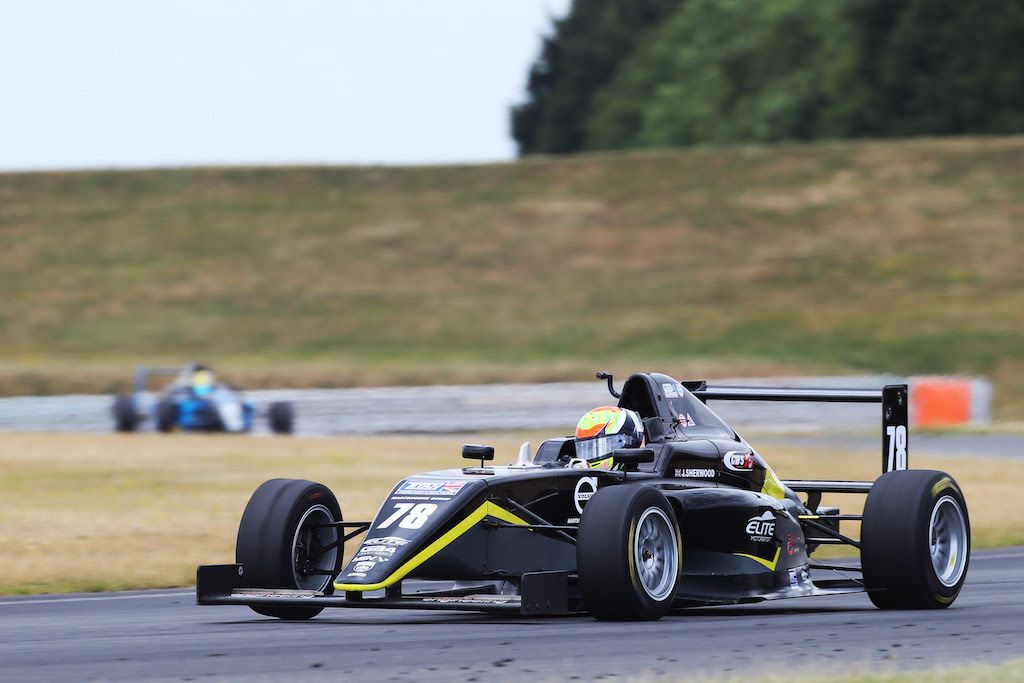 Elite Motorsport ran a singleton entry for Sherwood in the last races at Snetterton (25-26 Jun) – a stone’s throw from the team’s Shipdham near Thetford base. He began Race 1 from the third row of the grid but was classified a fine third along with fastest race lap, helped by a demon overtake around the outside of Palmer Corner on the lap 3.

Jack claimed another third place in Race 2 from a third row start, missing out on P2 by 0.086secs after carnage on the 10th and final lap. Starting the final, reverse grid race from fourth position, Sherwood made a blazing start to snatch the lead in the opening corners and went on to record his maiden GB4 victory together with setting the fastest lap. The result marked Sherwood’s fifth consecutive podium finish.