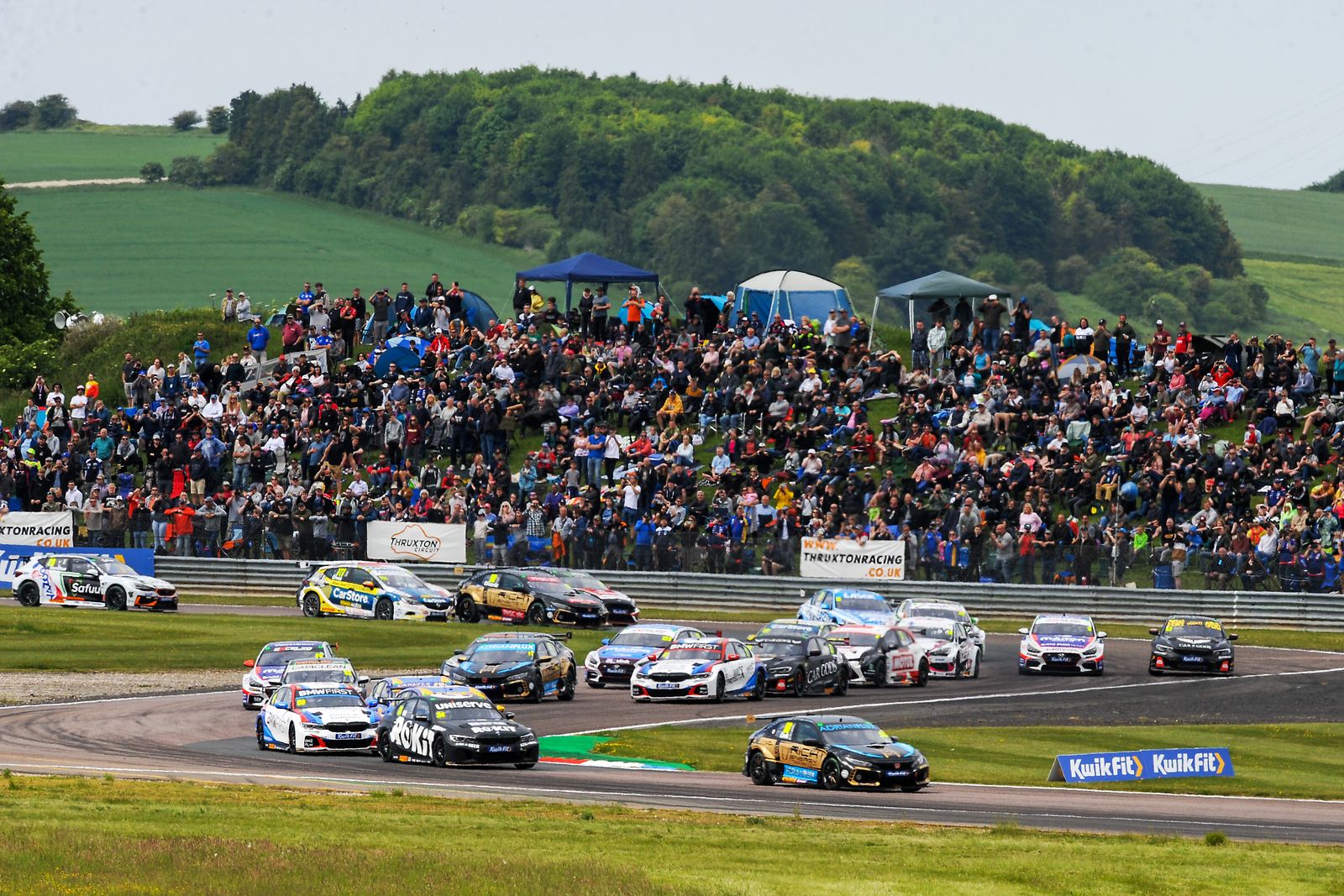 On pole and definitely on form .... BTC Racing's Cook becomes THE most successful BTCC driver at Thruxton Race, with 9 wins.

It was another glorious morning at Thruxton Circuit and after securing a pole position,  Josh Cook, of BTC Racing went on to take the 1st "double" win of the season with P1's in the first 2 races.

The "ginger one" , as Ash Sutton - Napa Racing pointed out, was just too fast.  Jake Hill - ROKiT MB Motorsport, was close on the heals of Cook for the 1st two races and even managed to get passed Cook in Race 2 but not for long. Cook took it straight back with what must be "THE" ( taking Hill on the outside at Club Corner) best manoeuvre of the series so far, and styled it out until the checkered flag.

It looked like a frustrating day for NAPA Racing's - Ash Sutton, as he took 3 x P3's , although in Race 3, on the final corner, there was almost a glimpse of a P2 but it just wasn't meant to be.  Suttons team mate didn't fair so well unfortunately. Dan Cammish couldn't seem to get it together and and h]hit "the salad" a few times, not managing to score any points this weekend.

The number 3 seemed to have been lucky at Thruxton this weekend, because in Race 3,  Adam Morgan saw a "well fought" victory and he surpassed his 300th race in BTCC.  Good effort.. !!!

Tires were key at this very abrasive circuit, and all cars wore the hard compound Goodyears, and although it was tipped that the rear wheel drive machines would have an advantage, it seems no one told the front wheel driven machines.

Round 1 and 2 were pretty much identical at the front for the leaders but further back there were some upsets.

Team Dynamics had mixed fortunes with Daniel Rowbottom collecting some valuable and well needed points with some solid and quick racing, whilst Gordon Shedden seemed to struggle and not get onto the scored board at all.

Jason Plato  scored some sturdy points in both rounds 7 & 8, but being put ahead of the pack with the "reverse grid" draw,  a wobbly start and some "argy bargy" with Ash Sutton, the "legend" that is, went too wide and collected most of the circuits turf, causing him to call it a day.

BMW's Colin Turkington, just like a silent assassin, stayed out of trouble and quietly paced himself in the first two rounds with two P4's  and followed that up with a 2nd place Podium in round 9.

Sponspors4Racing member and Laser Tools driver, Aiden Moffat had a difficult weekend. He was involved in an incident with George Gamble, and was pulled off the circuit by officials, with loose bodywork. Gamble was officially reprimanded and had his licenced endorsed with 2 points.

Our friend Rory Butcher also struggled at Thruxton, as his machine just didn't seem to have the pace and lost out i a few battles alongside Crees and Ash Hand. We know he's a fighter though, and we'll expect some bullish driving at Oulton Park very soon.

Josh Cook said: “I’m really pleased I managed to bring it home for another double race win, mega proud of the team. We needed solid points and we’ve had a great haul this weekend and at Brands Hatch, so that’s another box ticked. But as quickly as you can be propelled to the top, it can go the other way. For us, it’s a case of making hay while the sun shines and then on the bad weekends just making sure we dig deep and score some decent points. All we can do is concentrate on the job in hand, make sure we get the car in that sweet spot, that I’m doing everything that I can do without any mistakes, extract what we can from the car and see where we end up.”

Adam Morgan said: “We really struggled yesterday, we just didn’t have the pace in the car for qualifying, but we’ve turned it around and we’re at the top spot. We really worked at it, threw something at the car today, got in the car for race one and it was like a different car altogether. It’s a mega day for everyone, this is one that I won’t forget. There’s no reason this car can’t keep up with everybody else and be at the front. I say it every year, but I’ve got a really positive feeling about this year and having George [Gamble] on board has really helped that as well. So, we’re looking forward to it, we’re looking forward to the fight.”

Ash Sutton said: “We started the day with a little bit of work to do, though the car wasn’t in a bad place. If I’m honest, a change overnight did the opposite of what we wanted to do, which is why we were a bit of a cork in a bottle for race one, so I was pleased we reverted that issue. Then in race three I just felt at one with the car, it was really good, and another podium! If we can roll over what we’ve been learning over the weekend and coming into the weekend then we’ll be going in the right direction. And I am looking forward to Oulton Park, it’s attacking, it’s my style, so hopefully we can get the car dialled in!”

Jake Hill said: “I had some great races. I played the patient game in race one and obviously managed to stay with Cook and put him under pressure but he didn’t make any mistakes. That was frustrating but, nevertheless, a great start to the day. Then in race two he played his cards right again and got it done so fair play to him. There was no contact and it was another good race between us. I’m really pleased with the points and ROKIT MB Motorsport has given me another fantastic BMW to pull this double podium off, it was brilliant.”

Colin Turkington said: “It’s been a really good day at Thruxton. Solid points and nice to get on the podium. I maybe just didn’t have the ultimate pace to win a race, but I was good enough for three top-fives and that’s what’s important at this stage of the championship. Just to keep scoring strongly. I know my day will come, when we go to Oulton, Croft, Knockhill, all good territory for the BMW 330e. But I’m happy with today. I’m always a bit anxious coming into Thruxton because it’s tough for us to get a result, but it’s been a really good day for BMW I’d say.”

Race two
Bobby Thompson was penalised by the addition of 1 second to his overall race time for an incident involving Tom Chilton. 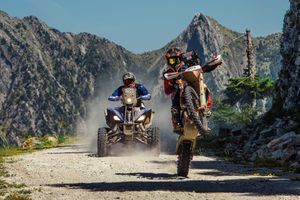 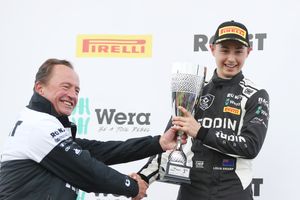